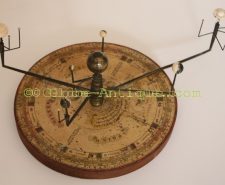 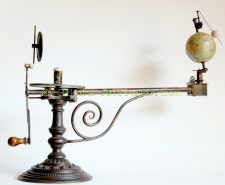 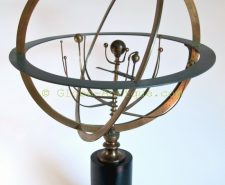 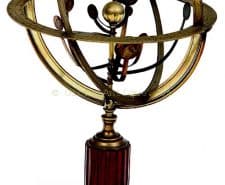 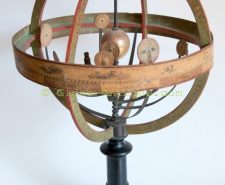 In the 17th century the Ptolemaic geocentric cosmological theory was gradually displaced by the heliocentric theory of Copernicus.
Planetaria, which show the motion of the planets around a central sun, began to be widely desseminated.
Naturally there was no question of representing the solar system to scale; the succession of planets was shown revolving in concentric circles about the central sun.
These instruments were intented for demonstration purposes and were worked by hand or by clockwork.