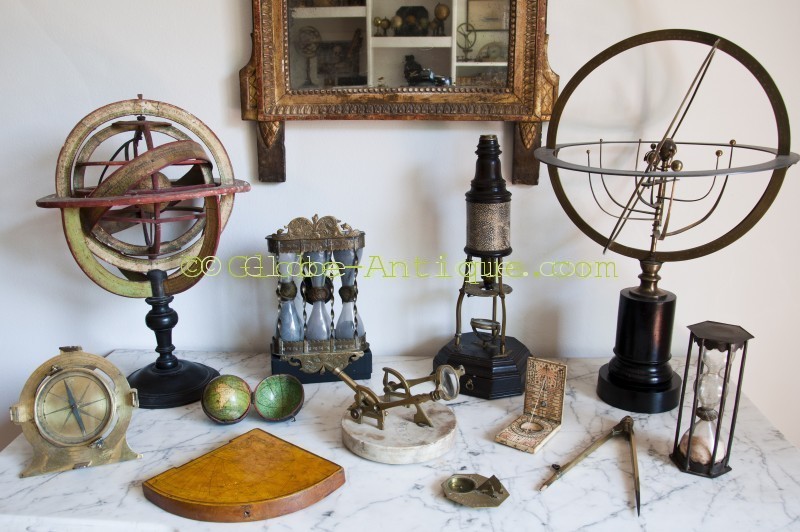 While there is a difference between antique scientific instruments and other works of art and craftsmanship, these objects are often products of genius with a direct appeal to our aesthetic sensibility.
Fine furniture, silver, paintings, globes, sundials…, but contemporary interest in the history of science has given a new impetus to the appreciation of those instruments associated with scientific progress.
They have an extra fascination for the collector.

Scientific instruments began to be produced in significant numbers only from the seventeenth century onwards, but it was not long before these too became collector´s items. They are in a different category from those alredy mentioned, in that although the may be masterprices of craftsmanship and beatifully embellished, their function is more important than their appearance.
They were intented for use, not decoration. At present they are admired as nice objects of worship, for what they went and meant in the evolution of the history of the science and for his aesthetic beauty.

They appeal first to the mind and give a measure of the intellectual achievement of the age in which they were made.